In 2018 Maggie hosted a panel at TIFF featuring the Baroness Von Sketch cast, production crew, and broadcast executives. It was fun and informative and shined a light back on Maggie’s unique interviewing style putting her back in the talk show host saddle. In 2019 she followed up with the CBC SUPERFUN SUPERFAN WEEKEND. Six shows – including a 90 minute live stream that Maggie hosted, co-wrote, and co-produced with the amazing CBC team.   It was such a hit that Katie and Maggie realized it was time for FCP to shoot a Maggie talk show pilot.

Shot at the 2019 We’re Funny That Way festival in front of a live audience, IN OTHER NEWS was Maggie back in her element (talking about current events – not the ones everyone is talking about that send us all into a spiral of depression, but the stories that are IN OTHER NEWS – those that amuse or inspire, absurd or touching stories that mainstream media isn’t giving the time of day in a 24-hour news cycle.  The audience was also treated special guests including Scott Thompson, Kate Rigg, and Samson Brown (the beautiful trans actor and activist featured in the incredible Gillette ad where he shaves with his Dad for the first time).  It also featured musical guest Amir Brandon, and short comic films appearances featuring comics Brandon Ash Mohammed and Karen Williams.

With the success of that sold out night, we knew we had a hit.  A show that everyone can watch, that features the LGBTQ2S talent we all long to see.

The pilot is available for viewing upon request. 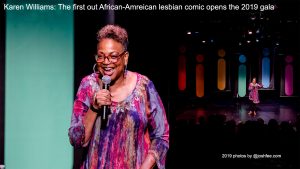 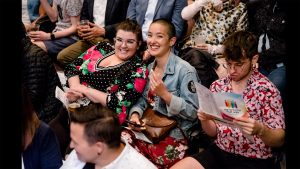 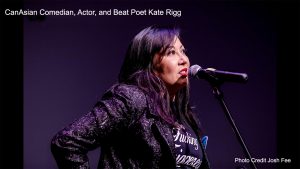 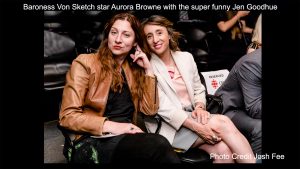 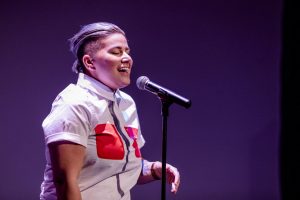 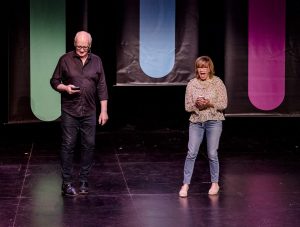